The Quest to Win

The inner crave for win can be traced back to the Mahabharat era, where all sorts of hypocrisy were opted for a win. How can I forget Duryodhana luring the Pandavas to win back on a game of dice and Yudhishtir having accepted, after loosing consistently, with nothing left, putting up Draupadi on as bet to win back, but loosing again. One thing I like of Yudhishthir is that he went all in. He had the gut to put up all at stake to avert an impending war. The inner confidence, zeal, practice and tactfully being on the toes to ward off  opponent's all possible moves, decide the win. Here Shakuni succeeded in his traits to facilitate win for Duryodhana.

An anecdote of Napoleon Bonaparte comes to mind. He had been woken up in the middle of the night regarding an attack news by enemy on southern corner. Without being perturbed and waking up even, he ordered The Commandant to open the drawer and take out sheet no. 137, and follow that plan. He had every possible move charted out and strategically planned his plan of action to win.

The preparedness and effeciency of Arjuna in winning Draupadi by successfuly peircing the rotating fish's eye by concentrating on reflection of it in the water of the vessel below. These anecdotes inspire ordinary human beings like me towards striving for win in life.

One is not a looser until he classifies himself as one and cofine himself in a secluded atmosphere.
Though I do have lost many a times, some contests here and there, some arguements (with dear Wife) constantly, but these are petty things compared to the zeal to win big growing stronger and stronger and my mindest learning from mistakes of previous tries, towards more concentrated moves, sharpening the mind, and control in reactions.
A small anecdote that happened just today, is worth the mention here. I asked my dear angel wife to bring a thing from the cupboard, then seeing her busy with something, and having a forethought, I went up and took it myself. Seeing it, she retorted," I was just going to give it. What was such big hurry for? Your train was missing for it or what?. "
I calmly replied, "My train was missing only at the time of marriage. Dear." 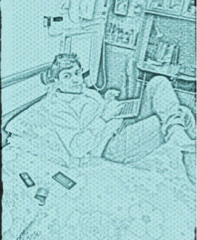 These are only petty wins and looses...,

I have seen many instances of people striving to win, Great career, great understanding life partner, never nagging Mother in law, obedient son and daughter, amicable relation of life partner with their parents etc.etc. and the list goes on..,

I too had my winning streaks, and loosing ones too. As I look back into my life, I certainly feel, Ohh Gosh!!!, such a long way I did tread and how lucky I am to have all the wonderful presents by the blessings of the lord almighty, filling the tanker of my desires unflinchingly. Time is the best teacher, and there have been times I lost and a bitterness of failure gripped the mind for some moments, but another second all went past and without a thought on it, another race began, to compete and win, this time with greater efficiency and stern resolve.

I remember having read of Celebrated Geet Sethi, saying he practiced playing billiards all the time and even in sleep, he dreamed of hitting the winning shots in sleep. No wonder they totally deserve their glitterati. Inspired by such dedicated winners, I too eat and sleep win and all set to meet with my dream icons, gathering in the great  India Today Conclave .

I remember my teens, in the year 1979, how rigorously I practiced Table Tennis and won amidst cheers of friends and tough competition. One occasion I distinctly remember when the opponent player, having lost after rigorous hours of juggling on deuce,  that he threw his costly Dunlop racket in anger, breaking the handle. I really felt sorry for the poor racket.

With the passage of time, having witnessed such wonderful years, the worldly duties all being taken care of by and by, my target kept changing with time. My spiritual quests latent in me started taking pace with renewed vigor and rightly my consciousness stood firm in taking steps towards this accomplishment. There is a saying, "agar kisi ko shiddat se chaaho to poori kaaynaat use milane me jut jaati hai." (If one yearns for something with full earnest, then the whole universe sides with them to assist them in achieving their goal.)

My goal was and continues to be the quest for self, and by and by my reading habits took me closer to my goal. The living dream of achieving it growing stronger day by day and a constant inner feeling of achieving it any moment.

It is a weird thing that winning does boost the ego, and being human , getting high on wins and praises, but this ego was said to be a hindrance towards the achievement of the goal that I yearned strongly. Second hindrance that I perceived was that the efforts in the direction being directed but the achievement depended upon the grace of the superior ultimate force showering it upon you.

I do not wish to look saintly preachy here, but just say that I eagerly await the dissolve of inner light with the force of superior unflinching godly force, and all my pursuits are directed towards winning that goal, just like Arjuna pierced the fish eye, my conscious effort in sleep too, directs it's arrow in direction of the superior force to shower it's blessings.

Eagerly awaiting the moment, still unattained but knowing the path to tread is one great grace befallen upon me and I am sure that gracious moment too is not far away in the horizon.

It is not as easy as it seems, because going all in, is where mind obstructs with it's intelligence.

The beautiful poetry of revered sri Rabindranath Tagore comes to mind, where he illustrated his approaching at the gate of God almighty and when he was just about to knock upon the door, hesitating, and slowly retreating without making a sound with earnest caution, fearing the gate may open and loosing the current self.

I know my path is strewn with tests and retests, and the world in it's full glorious mystery beckons 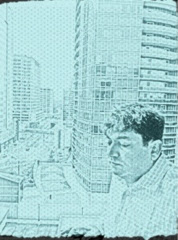 This post has been inspired by a contest at Indiblogger, for