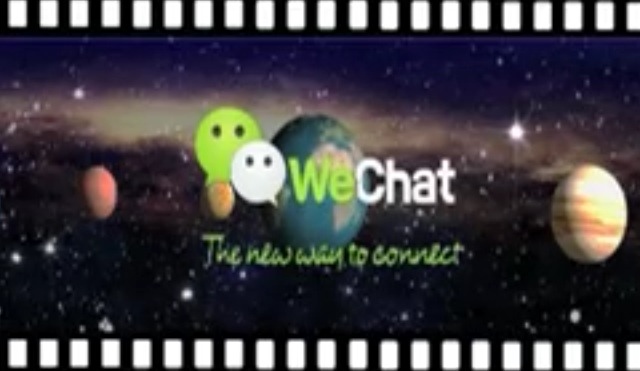 
Rio De La Sciocco is sitting under a tree in deep meditation.

His eyes opens up very slowly, adjusting the retina to the dimming sunlight.
His mind full at ease, but perturbed at happenings all around the world.
Within 10 minutes all his energies were going to be fully engrossed in discussions among imminent learned people all around the world.
It is not that he had not gained from these chats. His habits and way of thinking had been transformed since he had luckily come into contact with the minds of the world through the above the ordinary, WeChat,  platform.
It has been wisely said, a tete a tete talk with a learned man is worth reading 1000 books, and here this was not just single tete a tete, but multiple equally learned ones under one roof, and ironically they were all miles apart but connected with the modern technology of internet under the platform of We Chat, where they could write, talk, share videos, amongst themselves, as if they were literally present there.

Sanjay Dutt started the chat with the question : Should the punishments be administered to the wrong doer, for the sake of his crime, and whether he has changed from inside or not,he is left again into the world fully free to initiate backlash with enhanced venom after his tenure of punishment is over ?

Amitabh Bacchan : I too sometimes think these rules need catastrophic changes with the passing of centuries we stick to age old techniques of stone age, and what punishments do we render to the officers whose utter vigilance could have deterred the crime to even happen in the first place.

Abe Shinzo : Amit, you have an interesting point there. In Tokyo, we do not have a single traffic constable, and no car violates any traffic rules, we have networked high surveilance cameras all over and all the more people respect others. No taxi does overloading.

Barrack Obama : It looks easy but criminal minds are more cunning, they mascacre innocents and people start with call for banning guns. And all the more this recession is a real pain the ass to handle. But I have to have faith, we will overcome.

Manmohan Singh : Now that you said it, what do you suggest I should do to safeguard my innocent citizens from dastardly terror from outside India engulfing us.

Barrack Obama : My dear friend, I pity your innocence at times. It is your sovereign state. You have to act not I. Why blame religions or nations for the acts. This way your fight itself starts a different escape route. Stop being a escapist. Stop politicizing terror. Terror is terror, no religion stands terror. Fight terror like it wants to be fought. If 1000 are killed for peace of billions, do not hesitate to lay down their lives and set an example for infiltrators. Have severe spanning across borders. Your borders are the most easy to infiltrate in the world. Make it mandatory for people to carry I cards whenever they leave home. Deploy more and more checks and make it a rule any infiltrator found will be sentenced and tried as a terrorist, including the person who has given refuge to such person.

Sonia Gandhi : you are right Barrack, i agree totally with you, but we are a secular democracy, and we have limitations of peculiar nature. People easily get brainwashed in the name of religion and terror happens.

Barrack Obama : Now, the world has suffered a lot and millions of lives have been layed for these auspicious religions, and rightly your task is not easy as it looks, but i feel if you have the will, there will be a way. Start with crack down of illegal arms across nation. Provide proof cards to all valid citizens. Uniform code for All Religions to abide by, and any venomous speaker be silenced with strong mettle. World yearns for peace.

Xi Jinping : Manmohan, dear, remember the history and you will always find China to have been supportive all the way. One thing I cannot understand is what mileage did you garner by giving refuge to Dalai Lama. You have a very hypocrite system, "sharanagat rakshamam" giving full protection to a person who seeks refuge. I wonder if late Osama bin laden had seeked refuge, you would have had the guts to annoy the world leader, to protect him......,,,.

Barrack Obama : cutting Xi short, "Xi you are too much. How the hell can you compare Osama with revered Dalai Lama.

Xi Jinping : Again bringing religion as shield. We are a country of guts to serve people and no religion can stop us do that. We can provide the world with cheapest possible things. If a pill is invented that gives a years food energy at one shot, we will be the first ones to down the rates of it, at the most affordable levels for general masses.

Rio De La Sciocco : I am just a miniscule entity, seeing your statures. Though my mind abounds with questions a way too too many, but I will try to be precise and seek some sincere answers.
My first question here is for you Respected Obama Sir, when a nation like yours can lead the world towards a humane life, why the actions construe to reveal your fights to be tinged with lust for oil and power?

To Manmohan ji, I ask, when will you jump up like Hanuman and burn down the paper houses of corrupt officials. If not now then when?

To Sonia ji I ask just one question, when you will be able to prove to be the true heir to the great undying mettle of the great reformist, Late shri Rajiv Gandhi ji ?

To Xi Jinping I ask when will you be stopping the secret agenda of sabotaging industries of the world by dumping cheapest possible products.

To Abe Shinzo My question is when will you stop palying games with your very own currency?

For Amitabh Bachhan I ask only one thing which is the one film you yearn to be cast as a hero.

To Sanjay Dutt before asking I only wish to give you the message that no body doubts your catastrophic change of heart and wishes these tough days to pass sonner. My humble question to you is "apart from praying and all you could do for welfare of humanity, what changes you wish to see in our system so that no terrorist attack ever happens again in this country?

I am sorry that many imminent ones missed to join this chat. Friends can freely suggest their choice of personnel they wish me to incorporate in the next session, to be held at a later date.

One may wonder why this chat with these very people, but it's all because of my desire to see this world in peace and harmony. I deeply think every human wants that.

So with great rounds of applause for our brave samaritons of peace, who freely shared views, the meeting is adjourned for the day.

The views inscribed above are purely imaginary and no above mentioned person is liable for any misquoted views. This work is inspired by and written for a contest sponsored by WeChat group at indiblogger.