I remember having read that necessity is the mother of all inventions. There cannot be any anamoly in that statement. I wish to add here one more attribute, laziness, which can be said to be father of inventions.

Now, ideas crop up and take shape for the benifit of mankind or to say correctly, "for the lazy people's bonanza."

A true incidence of Confucious comes to mind. He was passing by a village and a farmer was ploughing the land with the help of his son. Confucious called him and tried to convince him about the leading changes of those times, and atleast to use oxens to pull the plough. Farmer requested Confucious to speak slowly and not to tell anything to his son. His health all will go down the drain.

Great ideal invention I had the opportunity to witness was by Cynthiya Koenig, of Wello water wheel, carrying full family water needs in one single trip. I am surely convinced and laud it to be a very fruitful and useful one.
I am writing this, lauding the invention, because water is life, and it's dire necessity is indispensable, what so ever. 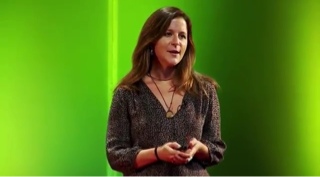 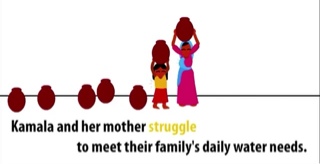 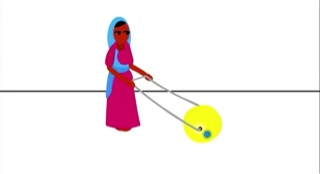 More could have been done in this regard by building canals all over, such that people are saved from flooding in certain areas. A literal scientific solution is the need of the hour, but sadly our politicians start fightling over the water distribution issue among different states.

Still, till we see some sense building in our politicians to act for humanity and India as a whole, this wello awareness can be a boon for mankind and society as a whole.

We are progressing towards a better humanity, better nation, better responsible citizens, so the threat from mischief mongers too looms large. Day to day we hear news of some miscreants poisoning the well/ handpumps. Terrorists having made high powered bombs from plastic, which easily passes the scanners.
I read some days ago of Israel having invented an enclosure, in which if a person is put for test, who is carrying these latest explosives, one hears just little muffled sound and the person is gone with the explosion. No trials.

But where are we heading. Kudos to the innovative ideas, thwarting the mischieveious ones. With hopes to see a more saner world.

I had read of a Polish engineer Zbigniew dunikowski, in the year 1930, had put up for patent registration an apparatus, in which sand poured ftom a flunnel on to an electrified copper plate and then passed through an electrical field, radio activiyy and excited by independent circuits, and ultraviolet light, to emerge as gold. 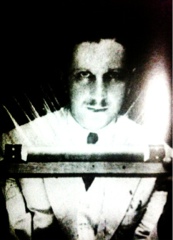 He was found to be fraud and jailed.

In 1937, a man calling himself Fulcanelli, performed a remarkable demonstration at Castle De Lere, near Bourges, France, witnessed by two physicists, a geologist, and a chemist. He sprinkled an unknown substance into half a pound of molten lead. It allegedly turned into half a pound of gold, as the four scientists looked on.Fulcanelli then proceeded to smelt 100 gm of silver and then supposedly transmuted it into uranium.

In 1937, jacques Bergier, Polish scientist claimed to have met Fulcanelli. He said he was in his laboratory at paris gas board, when his work was interrupted by a total stranger. Bergier said the stranger spoke in a metallic, dignified voice, calmly announcing that he knew Bergier was involved with experiments in nuclear energy. He also knew that Bergier's work focused on producing radioactivity with plutonium by electrifying a bismuth rod sunk in deuterium under high pressure.
"You are on the brink of success, declared the stranger"
But this will be a threat to whole humanity.
On Bergier's Desk was a book by Frederick Soddy, The stranger picked it up, opened to a certain page and read ,
"I believe that there were civilizations in the past, that were familiar with atomic energy, and that by abusing it, they were utterly destroyed."
He put the book down and stressed that modern physics is science without conscience. "I thought it my duty to warn a few research workers here and there, but I have no hope that my warning will bear fruit."
Bergier said that though he never saw that man, again, but the wierd interlude lodged in his memory. When he later read Fulcanelli's Le Mystere des cathedrales, he was convinced that it's author was the man he had met in the gas-works laboratory.
Above mentioned excerpts of Fulcanelli and polish engineer are taken from the time life books, encyclopedia.

I had penned it to stress just one thing that frauds too happen and destructive innovations too are researched and putup on platter. We should always shun the destructive ones.
It is just sheer great ideology to see here all the great ideas of Franklin Templeton on platter to be constructive ones for the humanity.

I put down the pen for now. 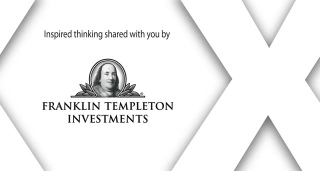