This dates back to those golden days, of mine, whence I had buzzed with the sizzling zeal and vigor, bursting with the newly acquired honor's degree and all ready to set foot firmly in to the beaming industry, that beckoned me to prove my steely mettle.

"May I come in Sir."  I had said jubilantly, entering the chamber of my would be boss. The unbearable stench in the room stopped my flow in an instant and automatically my hand went in to my pocket in a reflex action to bring out the handkerchief, but before I brought it out upon the nose, my mind cautioned me wisely to stay put and bear the stench as any rebuking behavior would deprive me of the opportunity of getting the job.

The deeply thinking mind bewildered as to why this man sat in stinking room with nothing upon his nose, little did it know that the stinker's nose always enjoyed the smell released by it's own owner,
only the people nearby them had to bear the hell.

Suddenly the t.v. advertisement involving Hari Sadu danced upon the mind and taking cue from it, my mind thought it better to give the stinking man the stink he deserved.

"I see the cold wave has deterred strong people to skip hot hot baths now a days, no matter how rotten they smell, and you smell terribly well sir," thus saying cannily I had taken my seat bluntly.

"Please leave the room," was what I had expected to hear and that was really what I heard and feeling pleased with myself I had taken out my handkerchief, putting it benevolently upon my nose, I had left the room as hurriedly as I could and had taken solace in a nearby coffee shop.

Sipping slowly upon the coffee I had called upon the famed job provider to arrange for an interview in another company for me, and I was dead sure they would give me at least 10 top notch companies to choose with such a great resume like mine and the talk that led further just shattered all my smelly notions, and deflated the air in the balloon I had been high flying with no brakes insight.

"Rio, I had been waiting impatiently for your call and so honored I am to be at your service, sir," the man on the other side of the line had jested, which I had taken as a compliment and had a great booster effect after that horrible smelly encounter.

I had replied with serene calm of a lamb, chewing upon my words slowly, "Thank you, for such high estimation of me, I am just a small pebble at your feet, sir,"

The words that had come up next had taken away all the stink in my head. I can't even remember why I had not cut off the phone, may be I had been just struck dumb, letting the heavy rotten words scavenge upon the already dying brain cells. 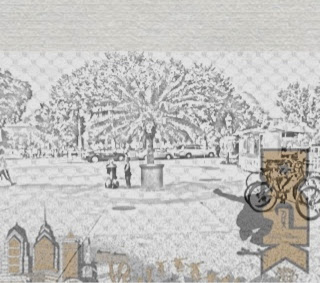 "Sir, the best job I can think of for you is for a tree named Champier at municipal garden. I have gone through your interview video clip that was uploaded at you tube some minutes earlier, where you had serenely rebuked the company head of smelling rot. FYI, I am the Hari Sadu, you rotten nuts named, by atrocious names and the first thing I did was takeover the bloody company to set all you good for nothing fellows straight. The boss works late nights to achieve targets of the company and forgoes the daily refreshing bath even just for the sake of company growth and if your nose cannot tolerate the bloody smell, go sit under the Champier tree and give your nostrils the smell they deserve, day in, day out. There is no place in the industry for sensitive nosy guys like you. Here, tough people who are ready to forget the hot Raccold bath, and merge in to the smelling arena can only rise, and rise  in to the heavenly abode."

My trance had been broken by the bill by the waiter, and I had proceeded towards the champier tree at municipal garden.

Since then to this very day the Champier tree has been my boss and I sit there under it at times of heavy pressures and as I write this post, I can feel the smile upon my boss's face.

This post has been inspired by and written for a contest topic at indiblogger.
Here is their link. https://www.facebook.com/racoldthermoltd