Posted by : RioZee Wednesday, December 17, 2014
This is me crying. Yes, I am Humanity and my eyes are sore as hell by now. I have been back stabbed endless of times but some how I was still alive God knows why. To see this day. Why didn't I die, before I witnessed such dastardly atrocious act tethering me to pieces.
Every time I was stabbed I cried and wanted stern action on terror but could see many adding fuel to the terror only. How I frantically pointed to the world, this is "Terror" just say no word and smash it off. But I was aghast to see people beating around the bush. And Terror added to their strength and I grew pale and weakened on the verge of dying.
Once again I warn the world to awaken itself and fight the terror with all might. Do not mess the fight by naming any religion to it. Just take the challenge and smash it to pieces like they did to me.
Yours Sincerely
HUMANITY
#PeshawarAttack 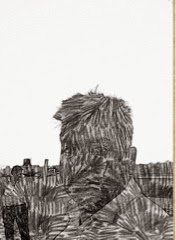