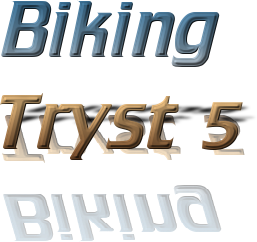 Taking the last sip of coke I proceeded to the table of Captain.

I could clearly sense Captain to be in jovial mood. Fool and Captain both recognized me instantly. We exchanged surprise and greetings, though Captain was little upset that I hadn’t informed him of my arrival in Pune.
When he heard of my freedom and commitment to Harley, the Harley way, he let it pass.

I took out my diary to jot down interesting aspects of biking from my dear Captain.

I am putting up the detailed talk below.

Your Real name and your pseudonym that you like to be associated with or called?

My real name is Animesh K. Mishra but friends call me with many names like Ani, Any Mesh, Mishra, Baba, Pandit jee and yes, my brothers call me Maalik :). Indifriends know me as "A".
Initially I wrote with my original name, but when I entered to the world of Fiction, I took the name, The Storyteller. However, now I write as Captain Awesome.

This crave for Bikes, was it since childhood or got the dazzle for it in your youth ?

I had this passion for the roaring machine since childhood. Even before I started going to school. I started riding at the age of 12 years and my first bike was Rajdoot.

Name of the Biker group you dream to be associated with?

Bulleteer. Unfortunately they are limited to Bangalore only. Wish they extend themselves to other parts of India, specially Pune.

What bike has impressed you the most?

Which is your favorite place to ride ?

Any hilly area. My dream is to ride on Rohtang Pass on my bullet someday.

Would you like your girlfiend to be a great biker too, like yourself, or just an enjoying companion at back seat, a non driver ( if you feel it's too personal you can say N.A.) ?

:) I'll take the liberty to change it to "wife". And, yes I'd love to see her as a biker. But of course, getting a companion like her on the back seat is another great feeling :)

What steps do you think are utmost necessary to promote Bikers in India?

First, make bikes affordable. There are too many talented bikers in India, but can't afford good bikes. Then, we need more events like we have Himalayan Car Rally. And most important, someone needs to tell them that biking is not just MTV Roadies. Its much much more than that.

Do you think Indian version of stunt ride event like Nitro Circus, that rocked the world, should be planned and made in India too, and will it be successful, and if called to take part in it, will you participate?

Answers to all question: A big YESSSSSSSSS

Any advice for young kids who wish to enter the Bikers fraternity?

Learn safety tips first. Enjoying is as important as safety. Helmets are not burdens, but life-savers.

Fool, Captain and Myself took leave for the day, though parting was a little difficult. Fool wanting me to come to Bangalore with him, and Captain wanting me to stay in Pune for some days, but I was committed to dear Harley, and it had another mind of it’s own.


Friends, stay put, to witness more trysts into wilderness, where Harley is taking me. My adventure has begun. Courtesy Castrol contest at indiblogger


p.s. This all saga excepting the interview, is pure imagination. any resemblance to anyone is at his own risk. I am not accountable.