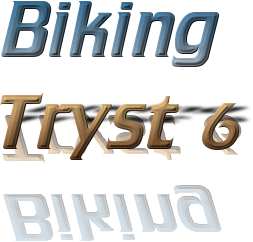 Since last two three days my Harley was bleeding upset.

It lay in silence, praying in earnest for safe release of abducted fearless biker biking nights into the dangerous areas to serve poor downtrodden people.

Yes, you all are thinking rightly, Alex Paul Menon, the brave IAS officer posted in Sukuma in Chattisgarh is the biker my Harley and me are bleeding for.

Maoists have abducted him and are pressing on government with their demands. Mr. Menon’s ideal role model was  Ernesto "Che" Guevara, and very much impressed by his travelogue ‘The Motorcycle Diaries’.

Guevara too had fearlessly undertaken the task of helping the poor with full heart and soul.

Freedom to roam freely into the unchartered roads, was getting stained day by day. People opting to violence, taking hostage innocent helpers of poor, and then negotiations.


My mind wondered into a story I had read as a child, where a cunning thug disguised as a beggar asked a man riding a horse, for a merciful carriage to nearby town, and when the man got down and let the beggar ride the horse, the beggar took command of horse and made off to run away with the horse. The man had said to him that please don't tell anybody that you cheated me as a beggar,tell them that it was gifted to you by me. The thug had asked, puzzled, the reason for this.
He had said, because people will stop trusting and helping beggars then.


My mind wondered where are we heading.

Me and Harley both intensely pray for hasty release of Biker Menon,our modern day Guevara with all hopes to hear good news of his safe release.

Friends, stay put, to witness more trysts into wilderness, where Harley is taking me. My adventure has begun. Courtesy Castrol contest at indiblogger