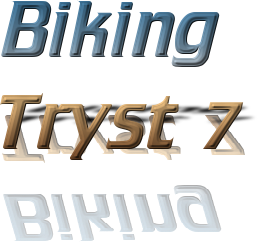 This is my concluding tryst with bike. The stream of joyous ride of Harley has me in a trance. I am still unable to digest the imagination that Harley had showered on me via the Castrol contest.
I was reminded of a great biker friend of mine old 1990’s aka Brainy Chawla.
I  searched the facebook and was lucky to find him there. I can never thank facebook much, since it is due to facebook that I was able to connect old friends.
It was 1990 and I was in need of a scooter in Patna. I had searched a paper ad and went to buy a second hand two month old Bajaj scooter.
First sight of scooter told me it longed to come to me. One small folding kid seat was made in front of the seat. This was just perfect. Eldor son would sit on the front seat and at back seat my dear wife would sit with younger one.

My friend Brainy too was with me to finalize the deal. He was expert in these dealings. He got all details checked from the dealer of the scooter.
The seller of bike had given post-dated checks to the dealer and he could have duped me, only thanks to Brainy, we deducted the amount unpaid to dealer and saved the hassle. It looked as if he had purchased the scooter and got made the kid seat for me only.
This scooter remained with me till 2001. It’s memory takes me down to my old days, where it had never never got punctured even. I had excellent smooth ride with it.
One occasion I think my fate had me to have severe accident, as I was moving towards incometax golambar,  infront of Hotel Ashoka, a vip ambassador car came screeching and hit the side of my scooter. I was thrown over, but luckily I was unhurt and scooter’s handle had slight misshaped, which I got rectified at service station.


One occasion I remember my eldor son, while travelling on small front seat had quipped, " Dad, when I grow up, I will buy a car and drop you at your office in my car."
It was this scooter only which had dauntlessly served my full family in all thick and thin, and as I write this I feel sad for it, how could I have sold it for a meager 3000/-.It was priceless. Afterall it was witness to my struggle period.

Friends, these trysts into wilderness, were all  Courtesy of Castrol contest at indiblogger