Posted by : RioZee Sunday, October 19, 2014
The word "Deepawali" rings many bells in mind.  My mind reminisced to my old hostel school days. How sullen and nostalgic each one of us became with each approaching day of Deepawali, the longing to go home, but the shackles of school strong enough preventing the release. The money given for crackers was spent wisely on rockets and only rockets. Phuljhari and anars were thought to be sissy and avoided. We would all team up for rocket launchings on "top flat". The time all set to 9 p.m. All small teams used to position themselves with their ammunitions. What a sight it was. One thing peculiar of this event was that these rocket were not launched in the sky. They were launched horizontally and the flat was very large enough to make the spectacle a daring one. None could dare to enter the field once the mission rocket launch began. The zig zag motion of rockets swishing by, colliding each other with great vengeance. I could distinctly reminisce the everlasting imprint of terror which sent all my team members scrambling for shelter when an opponents rocket had successfully landed our pile of rockets and triggered them all haywire marching off in confused directions.

Oh!!! The high jumps we took haphazardly to save our asses. It was deepawali and who could harm us when God almighty himself was watching on us dear souls.

Aah, those golden days of deepawali, my mind could never never think of forgetting.

Now when I stay home in deepawali and my children away, unable to join me on the occasion, I know at heart they miss the occasion presently but a day will come, they too will long for their own deepawali they enjoyed with their friends at school. This none can surpass but feel for themselves as time passes by.

My mind recollected how my son had managed to convince me and made a flight tickets as cheap as nuts months in advance to come home for Deepawali from school. My mind couldn't convince itself as he was just 11 years old and could he tackle the travel gimmicks all alone by himself, but I had left all upon God to tackle since my resources were limited. The troubled call that I had received from him using a phone from some kind uncle he had managed to rope in to let him use his  cell phone. The portal through which I had booked the ticket had done some error in booking and now the airline had refused to allow my son to board the flight. My mind had taken a swing. My son alone at Delhi airport struggling with practically just 100 bucks in pocket. The generosity of kind people can be seen on these peculiar circumstances. This kind man not only gave his phone to call but he gave the money required to make a fresh booking at exorbitant current price, which I sent to him later to his account. I shall remain indebted to the stranger who came in as a God sent angel in disguise.

One more incident I must add here as I have grown more nostalgic. This happened years ago when I was a child of 10 years and had gathered dressed in best attire at my cousin's place to burst crackers. He had brought a rocket stealthily and a bottle and I had been watching him with abated breath as he lighted the rocket to spark off in to the sky via the bottle. I do not know why, I had a feeling this rocket is going to come and hit me, as I watched from a far. this is what happened. rocket got stuck in the bottle and bottle fell down by the pressure of the whizzing rocket and alas! it headed straight towards me with the accuracy of American drones, as I tried my level best to duck away, it hit me on the chest and blasted. My new shirt got a burn hole and I knew I had messed up and the trouble at home awaited me. I had no thought of pain from the blast but the mind thinking in earnest of excuses that could survive me from the grand questioning.

I put down my pen here as friends can anticipate my fate well.

The incidents are numerous and we all long and try our level best to be together on the auspicious occasion of Deepawali celebrations. 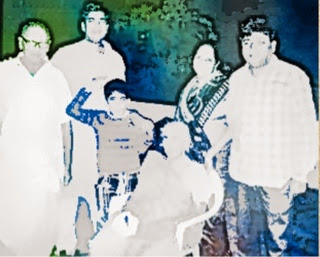