I contemplated upon Swachh Bharat Mission.

Mind threw in the towel before contemplation could kick start, in to the clean paradise. I woke up to the harsh reality. The tireless honking of cars on the road were not the culprit in to my broken trance as mind had grown immune to these petty disturbances. Mind had become like hardened steel which none could dare bend. It mocked weak mind's plight of the Lucknow Nawab who had said, "one doesn't need a knife to kill him, just take him near the filthy sewage and he would die."

Yes, India had outgrown the delicacies to become tough immunity certified nation. We had grown into wading through smut laden street easily with no rupture to the lungs. Lungs too boasted upon their miraculous strength acquisition. Legs could sense the various poops upon the road and pass spic clean while mind busily tackled gross national problems simultaneously. This could be clearly classed into "multifarious multi tasking". We miss them dearly in foreign lands. Some even fall to break their bones as they are completely unused to the spic clean roads in other countries.

We were not like this in the olden days, my contemplation went on. Surrounding nations had fancifully called India as "Bird Of Gold". They longed to somehow get admission to study in the word famed Takshshila University or Nalanda University. Contemplation delved more deeper back into the Harappa era, where towns were so scientifically planned that the roads were swept by the winds.

How the hell did we land in the pitiful mess. What great thinking led us into such precarious situation we are in now my mind stressed upon the contemplation to reason into the root of the cause and effects. The shameful lack of imparting proper education to our children since some  generations has landed us in this my mind tried to convince my poor head. I could sense some sense in it.  One thing leads into another in a chain reaction. This small education fallacy led into people without a proper agenda and led us into over populated cursed state. Is it that we were over populated the root cause of the mess we were in? Were there ways to convert this man power into supporting the Swachh Bharat mission? Mind looked satisfied at reaching near a remedy. It is not as easy as it looks. Efforts were needed from all directions from all the living and the non living beings present in India. This needed a prioritised efforts from all quarters as if a war against the neighbouring nation was initiated. As in a war we fight the enemy along border, here the enemy had occupied all our streets and public places and it had to understand we meant real business this time.

We have our prides in National Bird, National animal etc. Now the need had arisen to classify a new koan, National Shame. Any act of messing the public places needed a classification under the term "National Shame". This needed to be broadcasted as an agenda of our Nation. People active on war on National Shame would be rewarded amply and awareness on clean surrounding broadcasted in each area of nation. Swachh Bharat would lead us into the much desired koan "National Pride" yes Swachh Bharat can be achieved and it would be our National Pride. Let us kick start the Swachh Bharat Mission with a renewed vision. 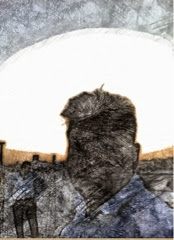